Acne is an obstructive and inflammatory disorder of the skin's sebaceous glands (also called "oil glands"), leading to the development of pimples or "zits". These glands occur mainly on the face, back and chest, so these areas are the main sites for acne.

During puberty hormones called androgen trigger the sebaceous glands to grow and produce more sebum (oil). A type of bacteria called Propionibacterium acnes, which normally lives in the skin, invades the pore and begins to grow, creating inflammation and irritation. The result is a plugged and inflamed follicle that develops into a pimple. 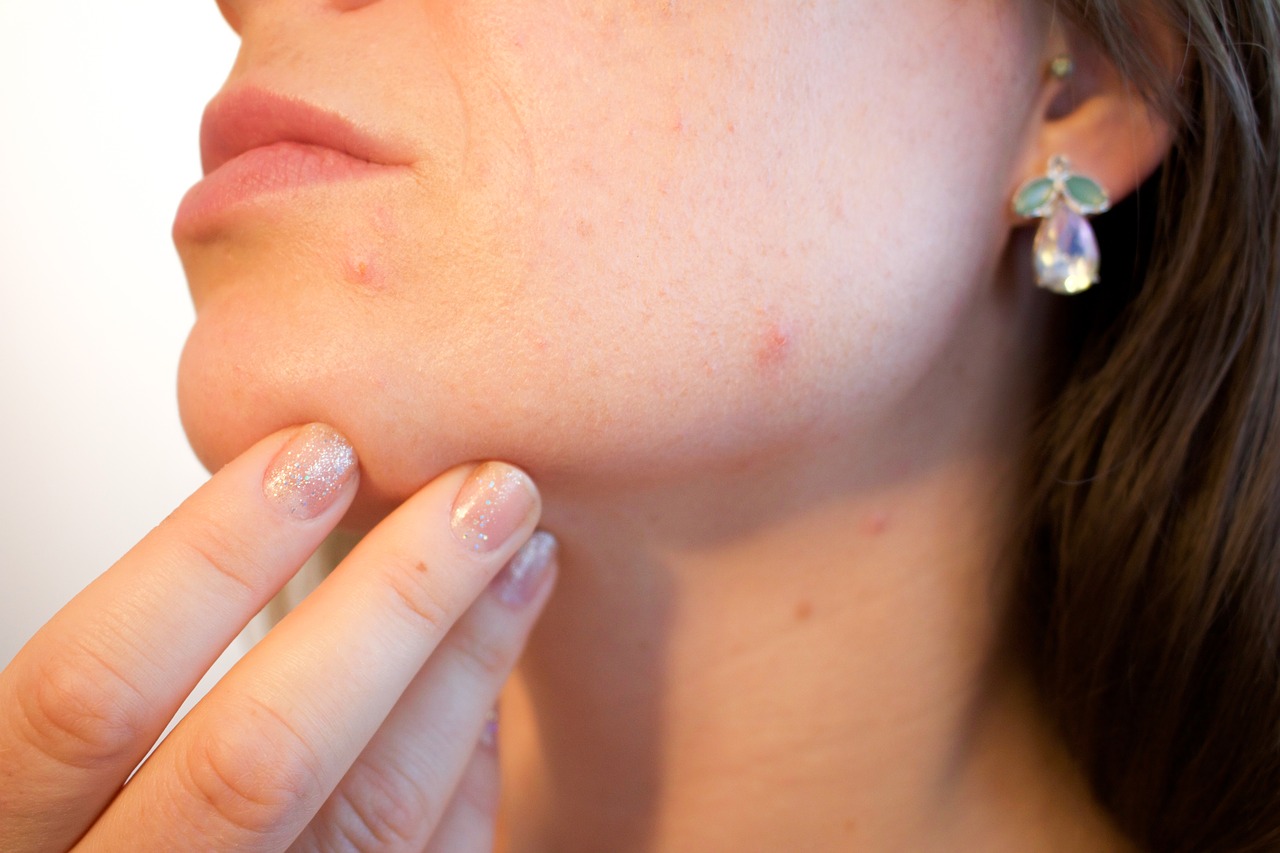 Acne is associated with increased grease production, therefore people with acne often notice and complain of the greasiness of their skin. Almost every teenager between the ages of 17 and 21 years will have an occasional acne outbreak, and approximately 15% percent of teens in Ireland have severe cystic acne.  Most people are acne-free by the time they are 25, although, in a few people, acne may persist to the age of 40 or older.

There are many myths surrounding acne: it is NOT contagious hence you can't catch it from someone else and acne is also not caused by eating chocolate unless you are allergic.

Doctors usually would prescribe topical administration drugs for acne work by inhibiting sebum and keratin production or reducing bacterial growth, such as products that contain salicylic acid, benzoyl peroxide or sulfur derivative which are effective but might cause side effects as redness, burning, stinging and scaling of the skin.

Creams and gels containing tretinoin (vitamin A derivative) or tazarotene also are used over the skin.

If the patient presents mild to moderate acne, doctors might prescribe oral administration drugs such as Accutane or Roaccutane (Isotretinoin derived from vitamin A) which is effective but requires be taken for several months with regular blood tests to control liver function and serum lipids. Antibiotics also are sometimes prescribed such as tetracycline, erythromycin or minocycline however their use is limited by side effects such as upset stomach, diarrhea, sun sensitivity and yeast infections.

On the other hand, there are natural recommended supplements that have been proven to treat
acne naturally such as:
Dosages and recommendations must be established by your therapist, doctor or practitioner.

The acne from a Chinese Medicine perspective

Traditional Chinese Medicine not only treats acne's manifestations as the signs and symptoms described above but it focuses on treating the root of the disease. This is the reason why the most important approach to fighting acne is looking at the internal aspect.

In Traditional Chinese Medicine, acne is caused by Damp-Heat excess which has been accumulated in Lung and Stomach, as a consequence of a Liver Qi Deficiency. As Heat is Yang nature, then it moves upwards along the Lung and Stomach meridians congesting at face and chest.

Lung Heat and Stomach Heat are the most common forms of acne. If Dampness is present, the skin will be greasy. Sores and bleeding signify Toxicity. Itchiness can be caused by Wind and Dampness. The most common form of itchiness in acne is from Wind that arises from Heat.

Adolescents need lots of food to thrive. This stage is when the fire of sex (Kidney Fire) is surging. As such, they should stay away from hot, spicy or excessively sweet or oily foods because force heat to rise from the Stomach. If heat rises up, then it may be associated with acne and emotional ups and downs which are quiet common on adolescence.

Cool and neutral foods should be slightly a larger amount than warming foods on the teens diet.

Cold and neutral foods might be as follows:
Foods to avoid in case of acne due to Damp Heat raising:
Get in touch with us in order to help you get rid of your acne. Phone us today at 089 400 5106 or send an email to info@acurodos.ie for booking an appointment.