Tinnitus is a prevalent hearing disease that affects 15% of the population, particularly the hearing impaired, veterans, and even young people who grow up with mp3 players and iPods. Although tinnitus can be caused by many things, including very loud noises, the mechanisms underlying tinnitus remain controversial. At present, there is no cure for tinnitus and treatment options are limited. Therefore, most physicians usually focus their primary goal of treatment on tinnitus “management”.

Signs and symptoms usually involve hearing loss; ringing, buzzing or roaring when no external sounds are present. The symptoms vary in intensity from mild to severe, being heard intermittently or continuously, and may be heard in one ear or both. 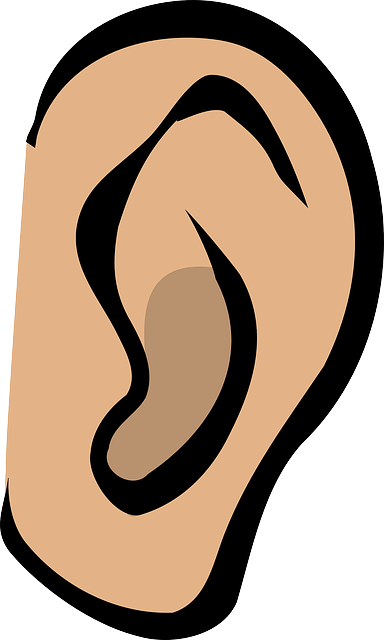 According to the Irish Tinnitus Association, 45,000 people in Ireland suffer from the condition.

In most cases, tinnitus is a temporary sensation, which many people have experienced at least sometime in their life, as long as the problem is due to earwax or a side effect of medication which might be reversible. However, it may develop into a chronic condition.

Tinnitus is the perception of sound in the absence of an external sound source. The percept can take many forms, including sounding like a single or multiple tones, hissing, buzzing, crickets, or roaring. It’s a very subjective quality so its diagnosis depends on what the patients says: it’s common asking people with tinnitus to adjust a sound so that it matches their tinnitus in some way. However it’s often difficult to do as there are problems in the selection of the level of the matching sound.

Tinnitus is known to occur in association with dysfunctions in the human auditory system (e.g damage in the ear) which distinction becomes objective and it might help to evaluate the sign by itself. However, “objective” tinnitus represents a minority  of cases.

Sufferers of tinnitus are so distressed by the sounds they hear that they become severely depressed, interfere with cognitive ability, making harder to focus and achieve peak performance while working on demanding tasks: it can have devastating consequences on the person’s quality of life.

Tinnitus is still a poorly understood phenomenon by the Western Medicine. There is yet a little research on basic mechanisms of tinnitus and psychological factors that even acknowledge, still not classified about their roles and influences.

Dietary recommendations are important to be considered. It’s hard to believe that what you put in your mouth will have much of an impact on your health, even what you hear in your ears. It might be important to pay attention to how your tinnitus responds to the food you eat: it actually becomes significantly critical based on Chinese Medicine Diet Advice.

It is advised to avoid:

Dietary supplements recommended for sufferers of tinnitus are:
Dosages and recommendations must be established by your therapist, doctor or practitioner.

Tinnitus and Hearing Loss from a Chinese Medicine perspective

As always, Tinnitus doesn’t exist as disease by the Chinese Medicine principles. TCM practitioners and acupuncturists don’t treat tinnitus but the root’s syndrome behind the signs and symptoms of the tinnitus.
In Chinese Medicine, the sound perceptual properties may be relevant to diagnosing the cause of tinnitus and for selection of relevant treatment options. The implications of the results for the mechanism and site of generation of the tinnitus are also considered.
Emotional strains (anger or frustration), excessive sexual activity, over work, old age, poor diet and exposure to loud sounds (External Wind in channels Triple Heater, Gallbladder or Small Intestine).
Either an excess syndrome of the Liver or Gallbladder with heavy sensation in the head or a deficiency syndrome of the Kidney system with cold symptoms can be present. Liver Blood Deficiency may also result tinnitus (with headache, dizziness, blurred vision or irritability). When a man loses excessive Jing or Vital Essence through frequent ejaculation, it could lead to weakening of the Kidneys, causing premature ageing, chronic low back pains, loss of hair or tinnitus. In this last scenario, moxibustion can be very effective in deficiency of the kidney.
In principle, ringing in the ears in its essential form is as difficult to treat with ear acupuncture, as it is with conventional medical methods and it should be openly admitted to the patient in order to avoid high expectations. It is important to consider acupuncture as an option at the early stage of feeling hearing problems of deafness: if worsen for stress or anger (Qi Stagnation of Liver or Liver Fire), tobacco/alcohol (Liver Fire blazing, Phlegm and Fire). It also be significant if tinnitus becomes better with relaxation (Liver Qi stagnation is released) or rest (Kidney/Spleen Qi deficiency).
Acupuncture, Moxa or Chinese Herbal treatment should be carried out either to bring temporary alleviation or with the aim of making the ear noises disappear for several days. The number of acupuncture treatments is unknown however sessions twice a week for 4-5 weeks should be performed to perceive any improvement from the patient.
Get in touch with us in order to help you get rid of your hearing problems. Phone us today at 089 400 5106 or send an email to info@acurodos.ie for booking an appointment.